Toothstory is a compilation of life stories of successful dentists and is a tool to help us understand the subtle nuances which lead to success in dental practice. Toothstory acts as a vehicle to unravel the layers of mystique that covers and surrounds success in a practice in particular and dentistry in general. 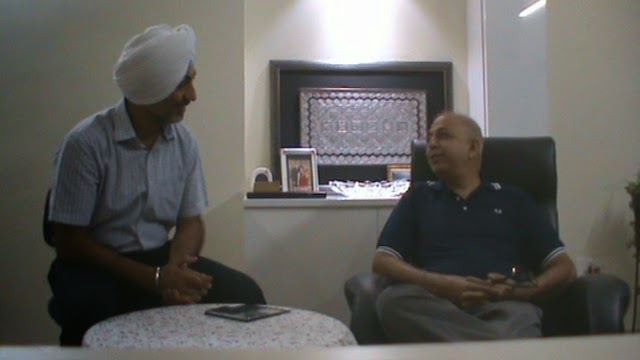 We all have 24 hours every day. What differentiates the quality of our lives is what we do with those 24 hours. Successful people invest their time differently.

Success is a function of multiple things. One such thing is to learn from others who have travelled the same path and have reached their desired destination. A wise man learns from others mistakes, hence I thought lets ask successful practitioners/dentists about their journey to success. What kind of dental practice management they follow or recommend to others who may have established a new practice or may be on their way to bigger things in life.

Dr Y K Virmani has been in practice for more than 35 years. This may be more than the age of some of the readers here! I am sure we can learn a lot from such a seasoned dental practitioner. 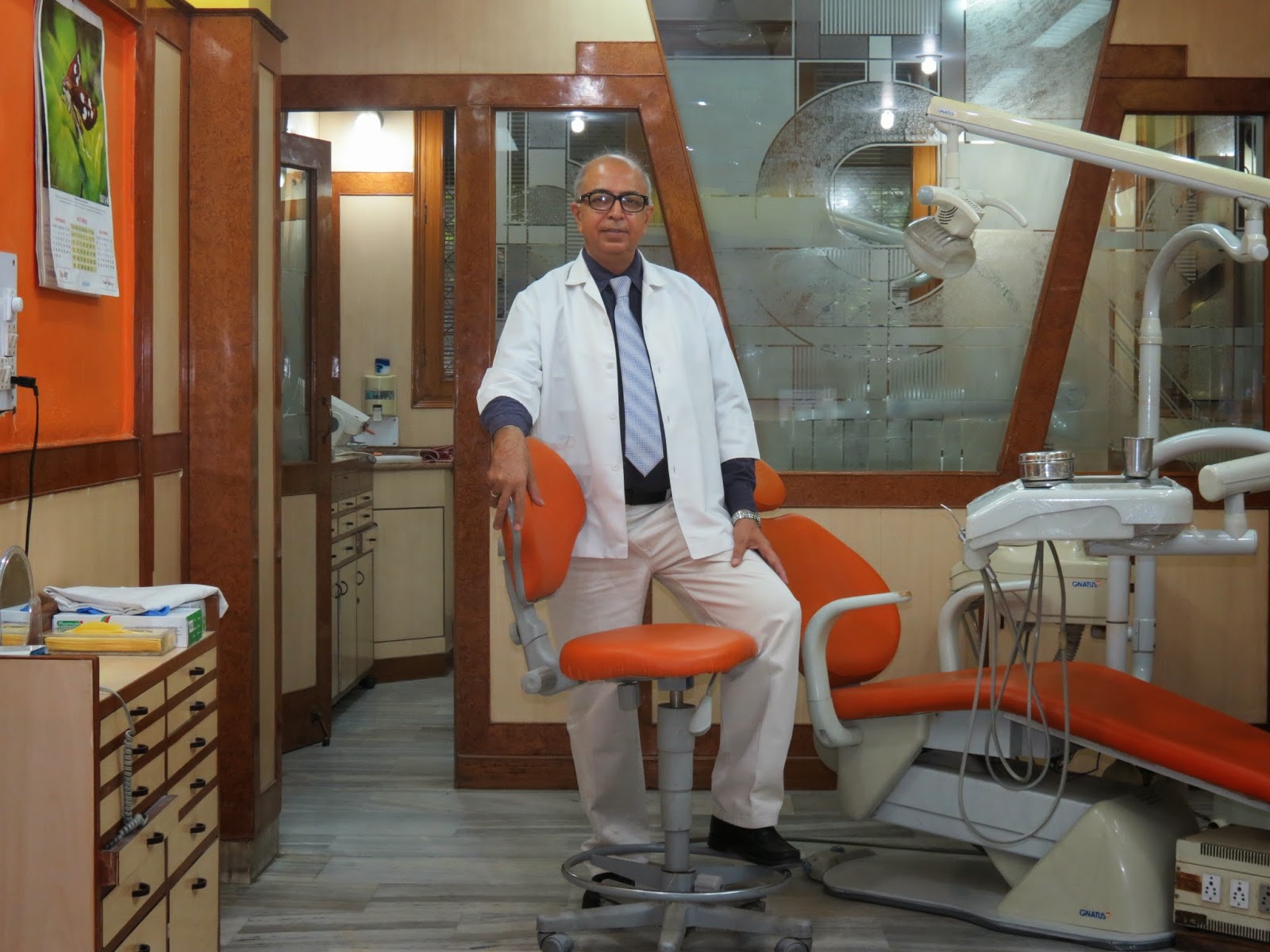 On my asking the reason why he chose dentistry as his calling, he narrated a very interesting anecdote. His dislike and fear for mathematics and his love for becoming a doctor led him to dentistry. He was deeply fascinated when he observed one of his friends dissecting a frog. Watching a live heart pump inspired him and he wanted to be a surgeon. He enrolled into premedical but missed getting into a medical college by a wafer thin margin. The next best option was to become a dentist.

Dr. Yogesh K Virmani is one of the senior dental practitioners of NCR. He graduated in 1978 from GDC, Amritsar and has been in practice since. As a student one of the biggest influences on him was that of Dr. B R Vacher who as a teacher inspired him to aim for the skies. Dr Vacher would constantly boost the morale of his students and today Dr. Virmani feels he is fortunate to have had such a teacher in his budding years and is grateful to God for guiding his destiny & moulding him into what he is today. India had approximately twenty dental colleges at that time (today we have almost 300). Inspite of such a low dentist population ratio not many options were available to dentists.
There were three major options open to dentists at that time:
1. To join the army which did not lure him as only short commission service was offered.
2. Government job which was very difficult to get into.
3. To leave the country and settle abroad which did not fascinate him.
*Today we have a plethora of options which often leads to confusion too ;-)

In his opinion most dentists would prefer to either go abroad or start a practice here. 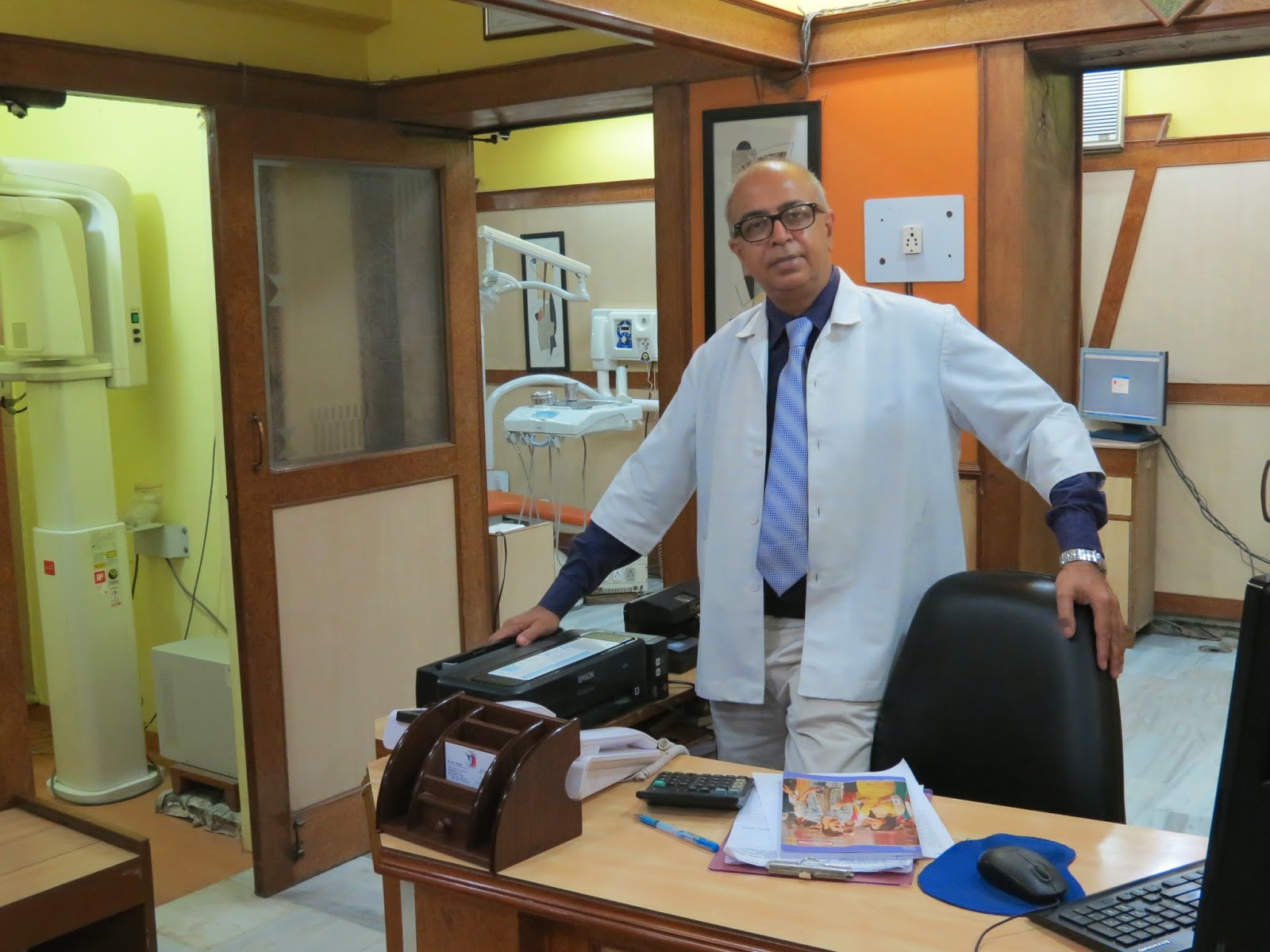 In 1990, after practicing for 12 years he established his current practice in Rohini. Today he has two separate practices in Rohini with a total of eight dental chairs and employs four full time dentists. His better half is also a dentist and owns her independent practice. They also invite consultants for specialized work. I asked him if it is synergistic to marry a dentist. His opinion is that times have changed and it made sense to marry a dentist in his times but today a dentist will be better off marrying someone from a different profession so as not to keep all your eggs in one basket :-).

Obstacles to success in dental practice: Dr Virmani faced a major hurdle on his way to success in practice. Many quacks were practicing dentistry in the same area as his and it meant that the local people were not well informed about the science of dentistry. He had to struggle very hard to overcome the domination of quacks and make people understand the difference between good dentistry and quackery. However within a couple of years by sheer hard work and consistently performing good quality dentistry this hurdle was successfully overcome and he hasn’t  looked back since. Also he never criticized his competition.

How long does it take to break even? In his experience it takes about 2-3 years for a practice to break even and become positive.

How important is a dental practice's location? When he started practicing dentistry location was not of any great importance as there were hardly 5-7 dentists in the surrounding 5 kms and none in the immediate kilometer. Getting new patients was not a critical challenge. However in today’s world where we have 5-7 dentists or maybe more within a kilometer and location does matter to some extent especially when a dental practice is new as better visibility brings in more patients but in the long run location does not matter much if a practice is unable to retain patients. Location can be a good asset in the beginning but ceases to be one unless good dentistry is delivered.

His motto for success: Treat the patient in a holistic way. Don’t forget the tooth is attached to a body J Never propose a treatment plan that you wouldn’t carry out on yourself; do your best at all times and keep in touch with the latest.

Dr YKV believes in Bapu Gandhi’s line of thought: Gratitude for the patient who lets us treat him.

Advise for new practitioners: Never read novels or watch movies on laptops when you have free time. Instead read relevant literature on dentistry and stay focused at all times.

A parting thought: Dentists married to dentists must have separate independent practices 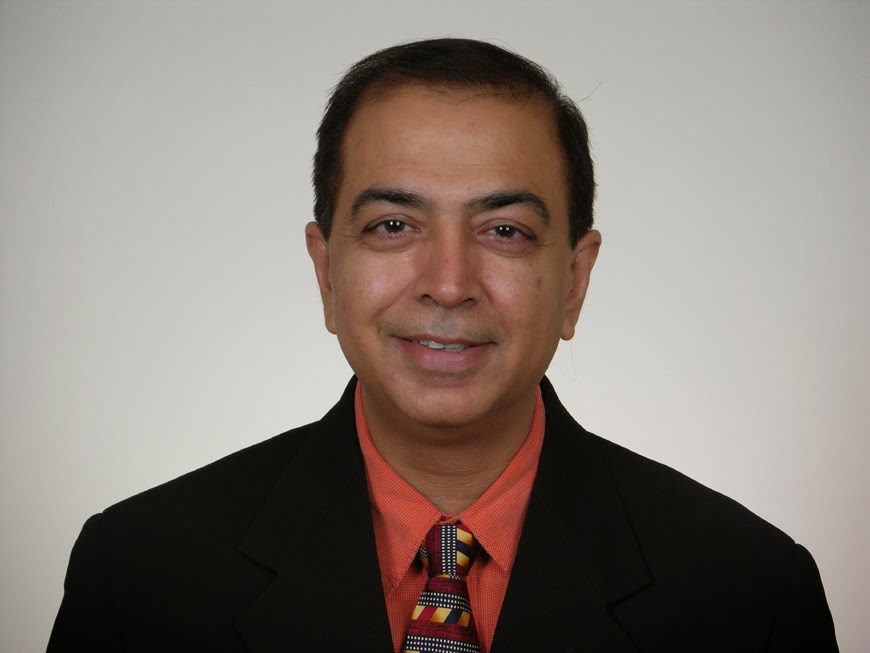 Learnings:
1. Be passionate about what you do. Give your best consistently.
2. Great teachers make great students. Look for mentors/gurus for help and guidance.
3. Be punctual and disciplined in all aspects.
4. Never criticise your competition.

Liked this Toothstory? Please share it. Also join the site by clicking on the link under FRIENDS tab. Thanks a heap!

Posted by Toothstory at Saturday, October 11, 2014